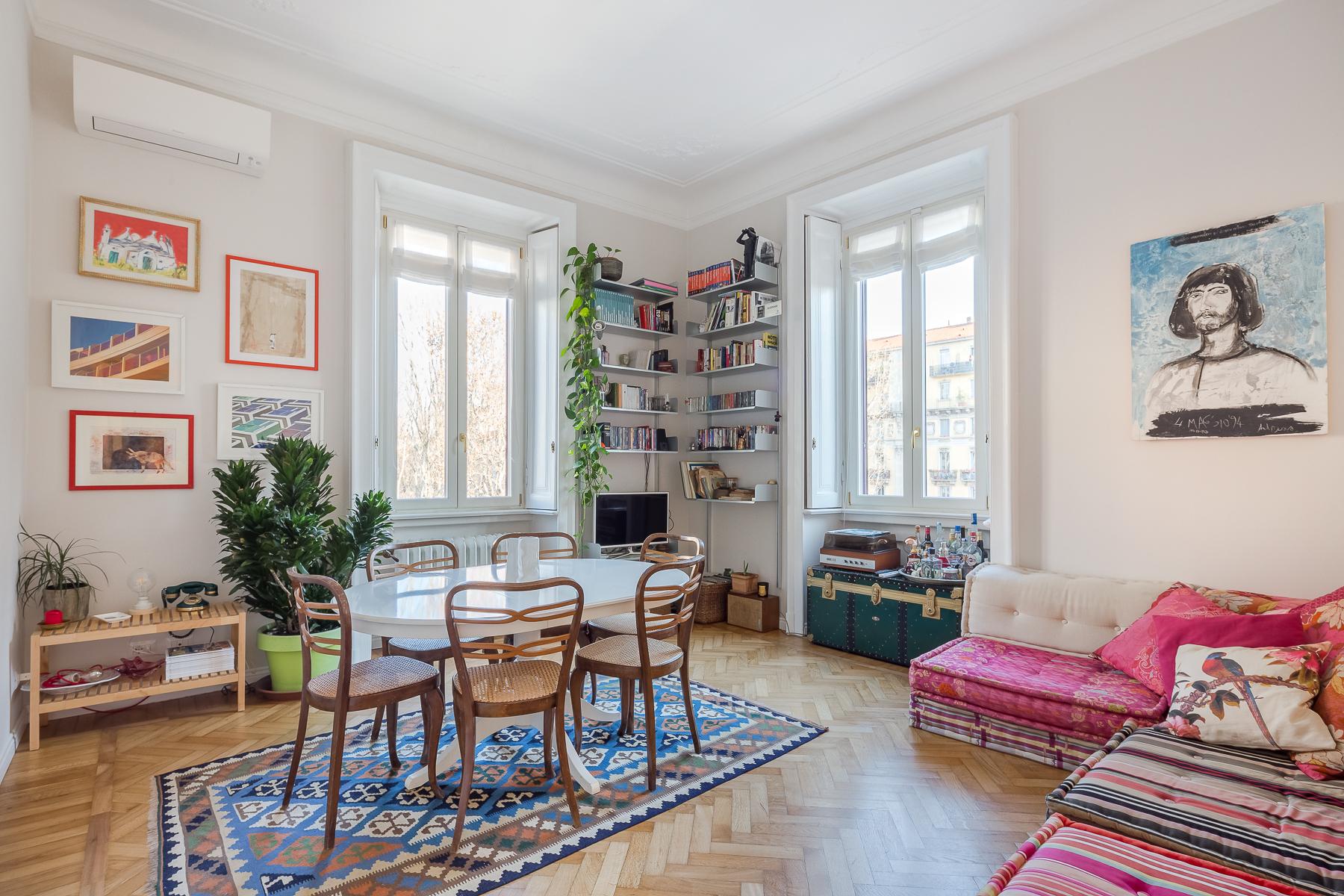 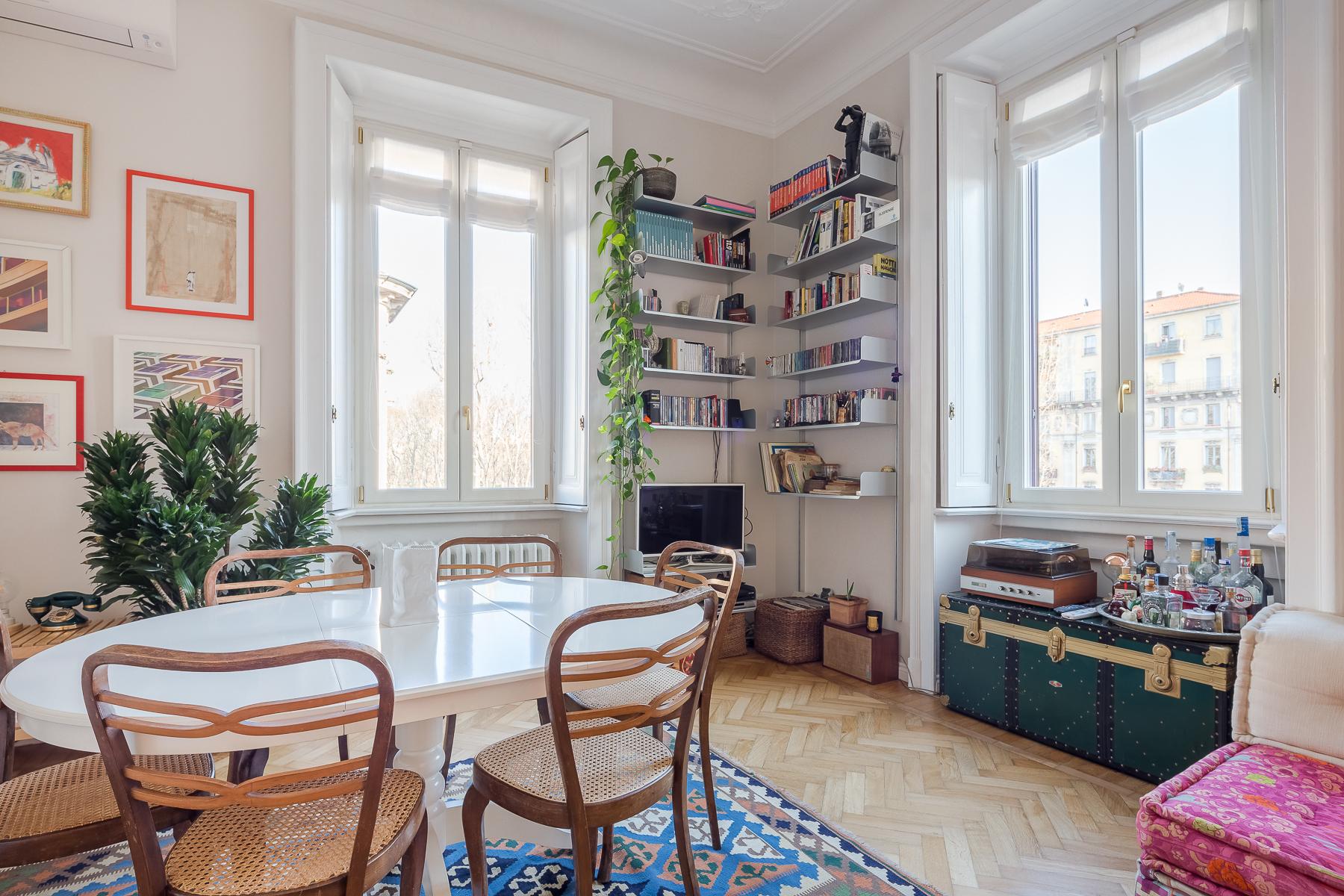 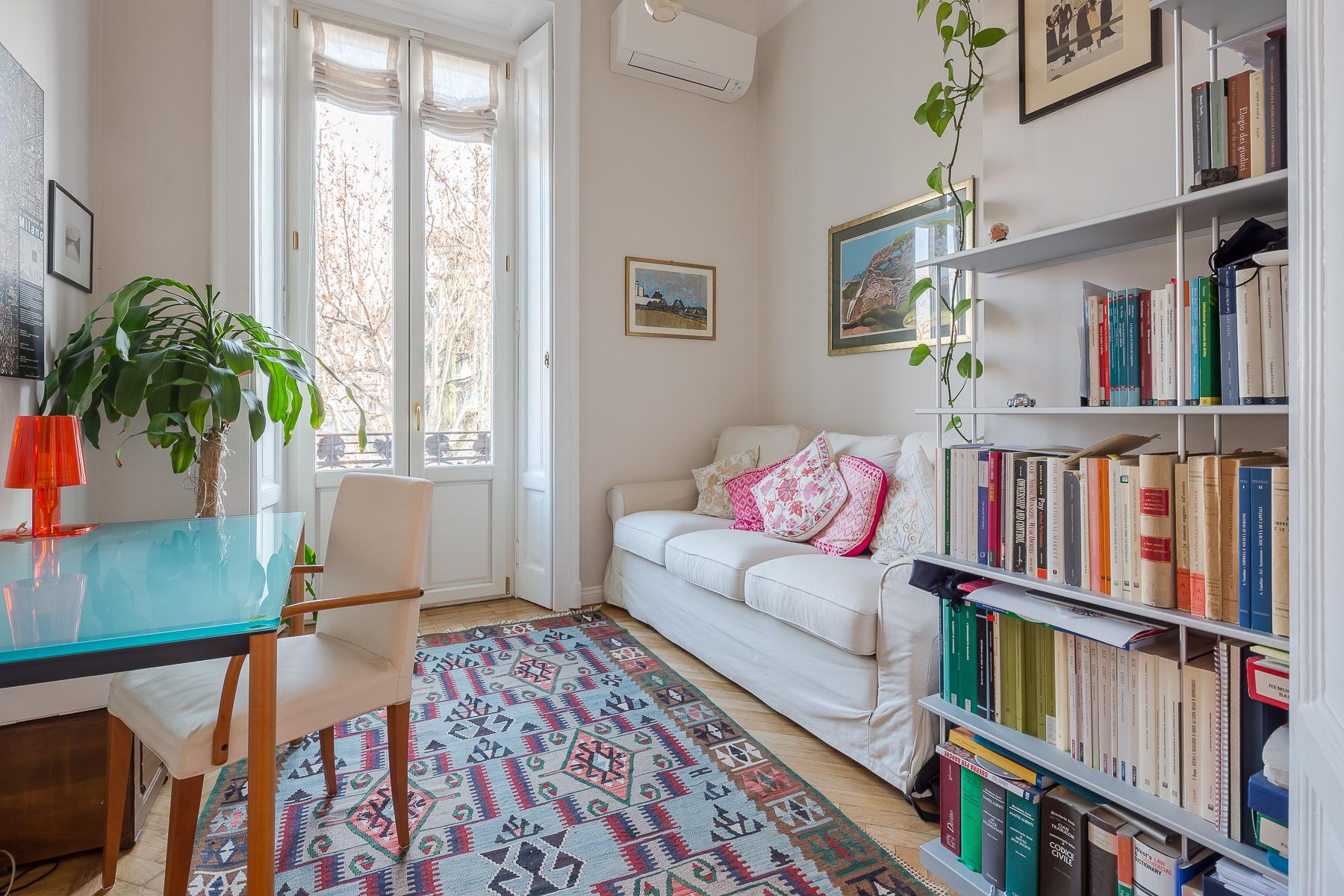 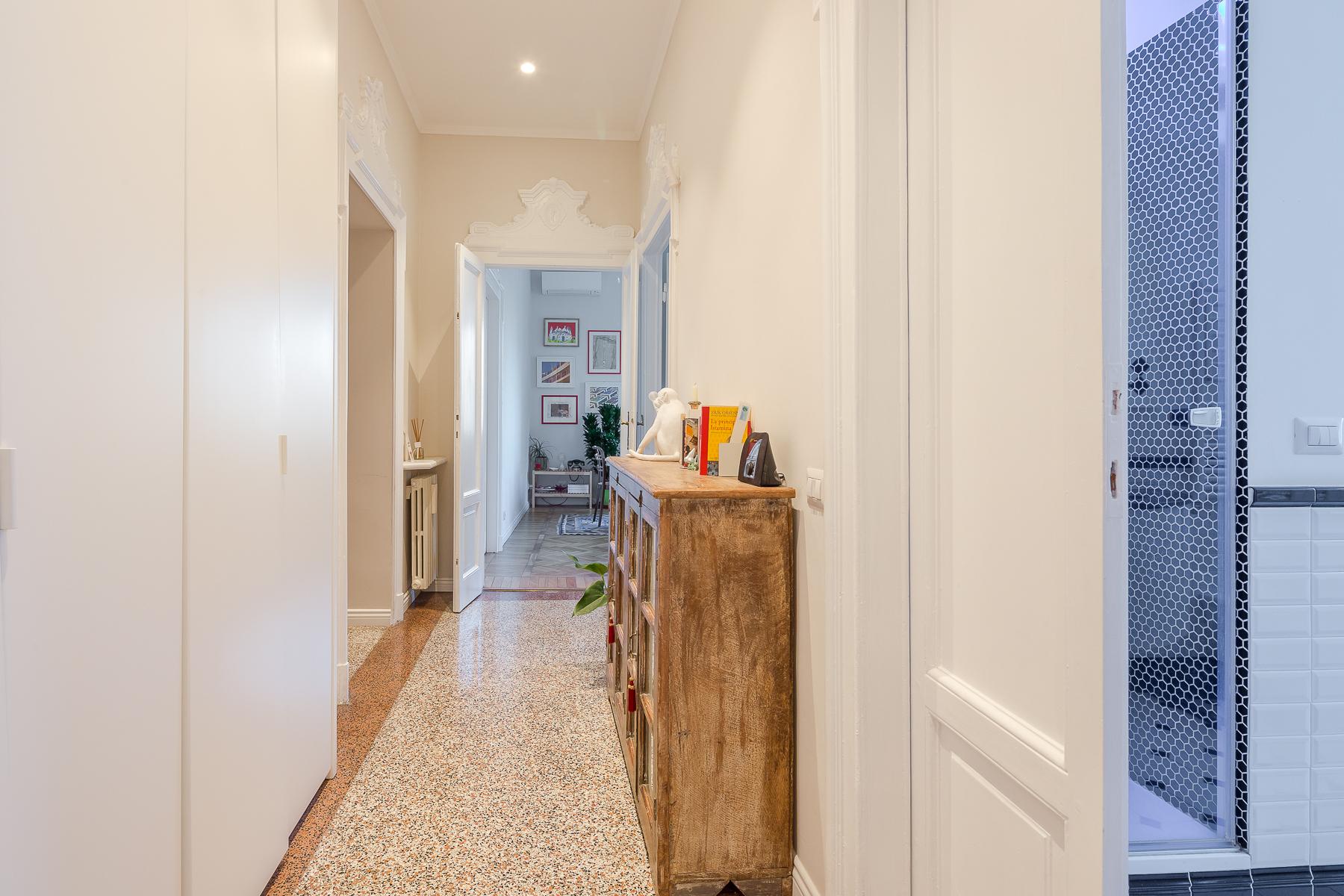 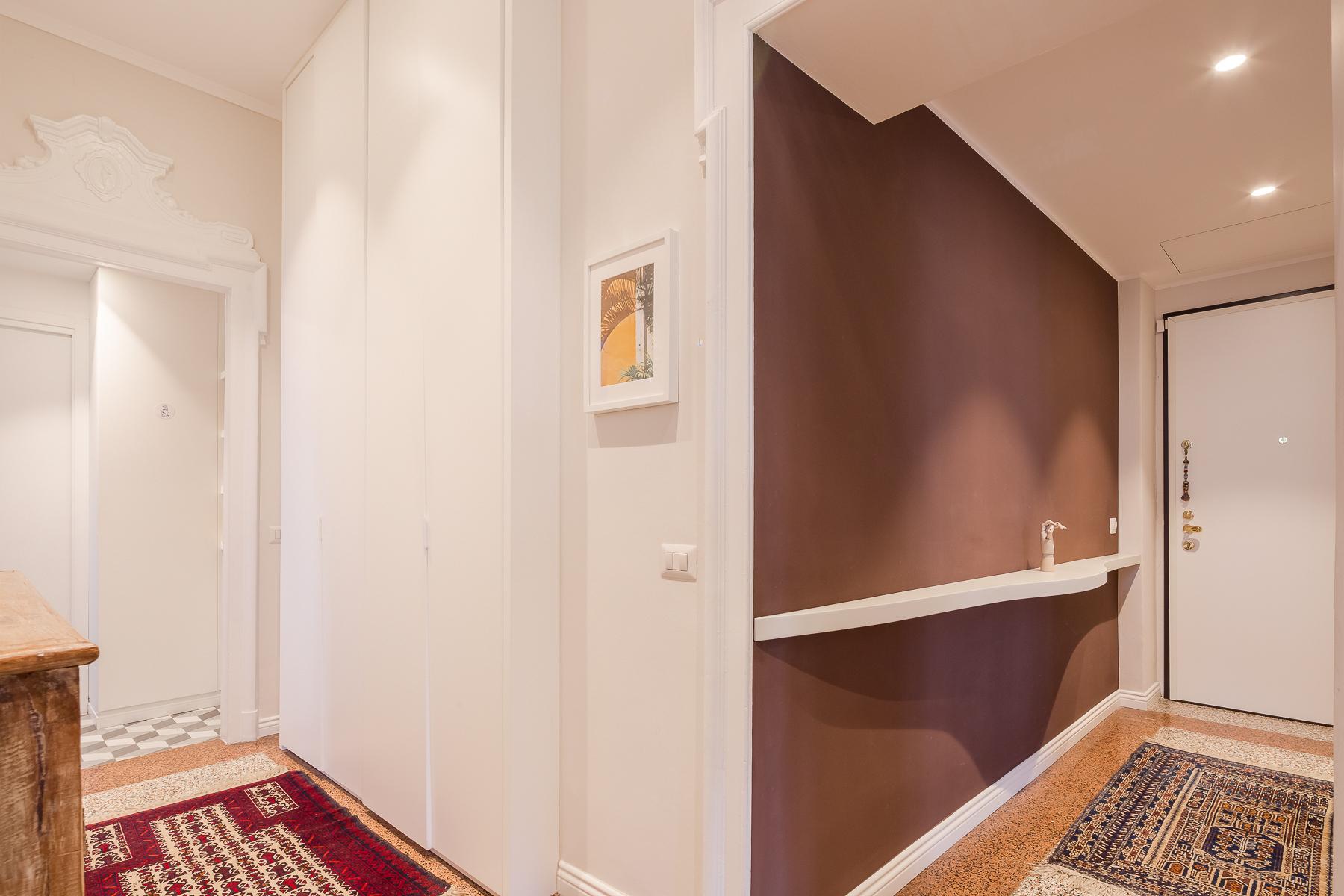 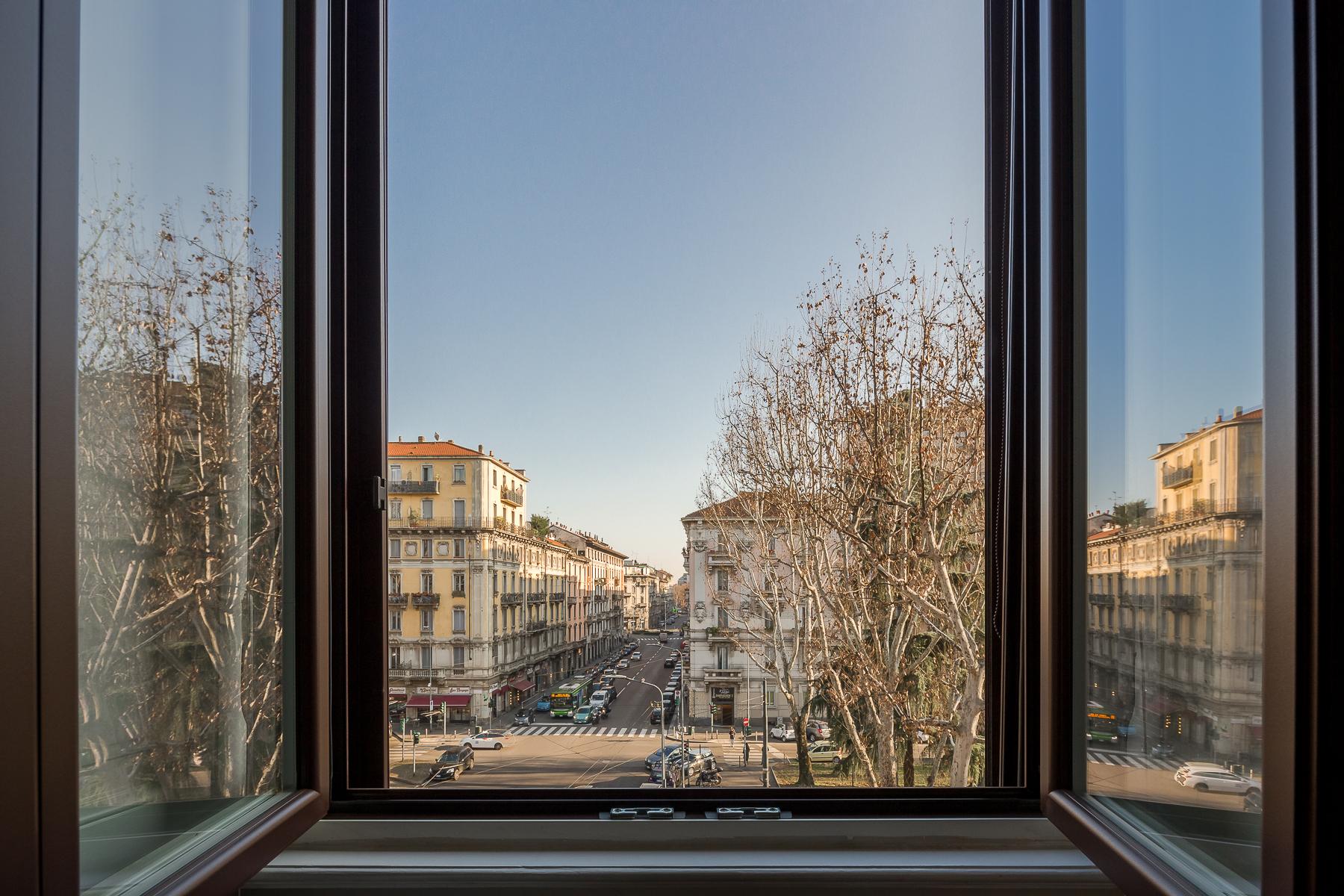 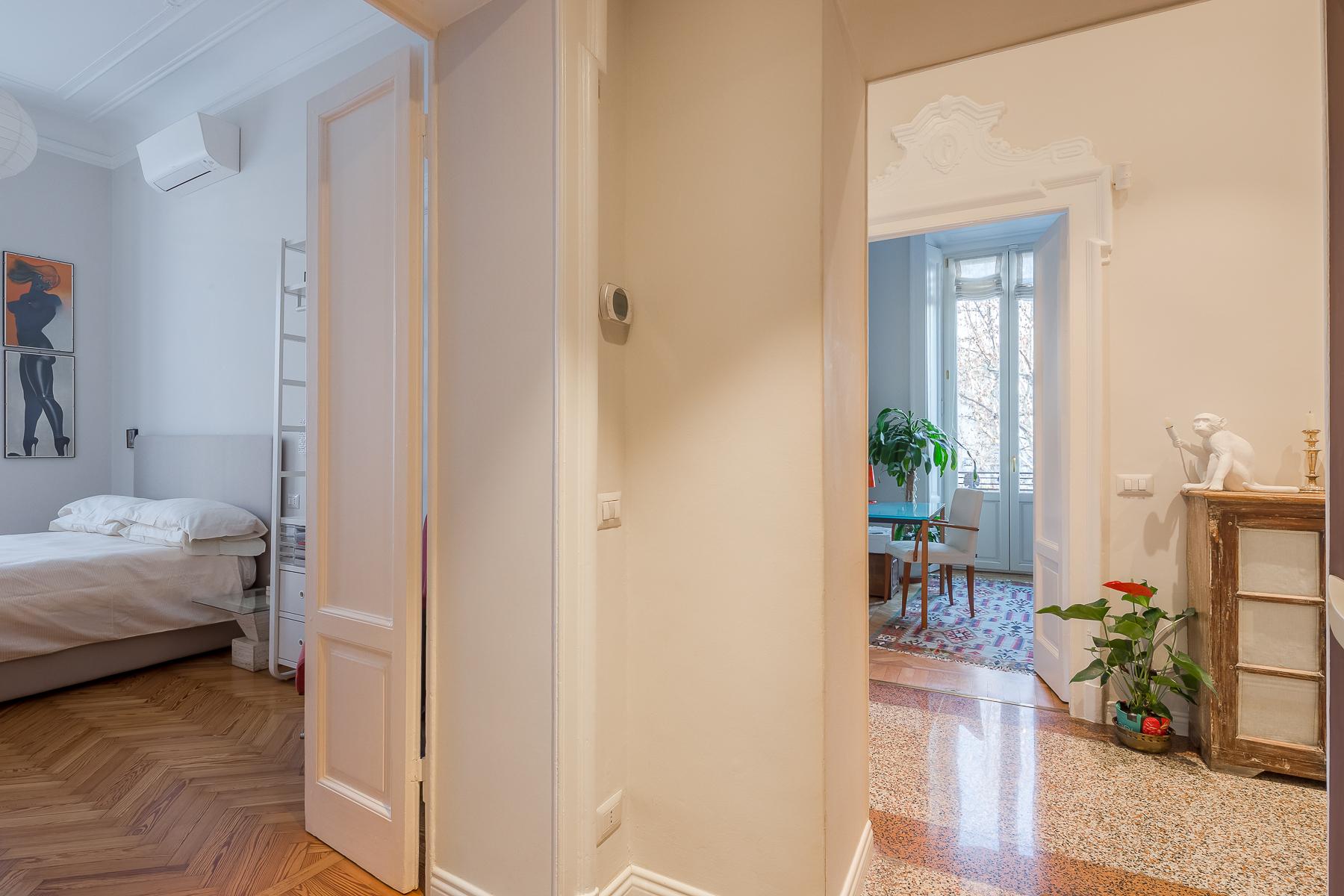 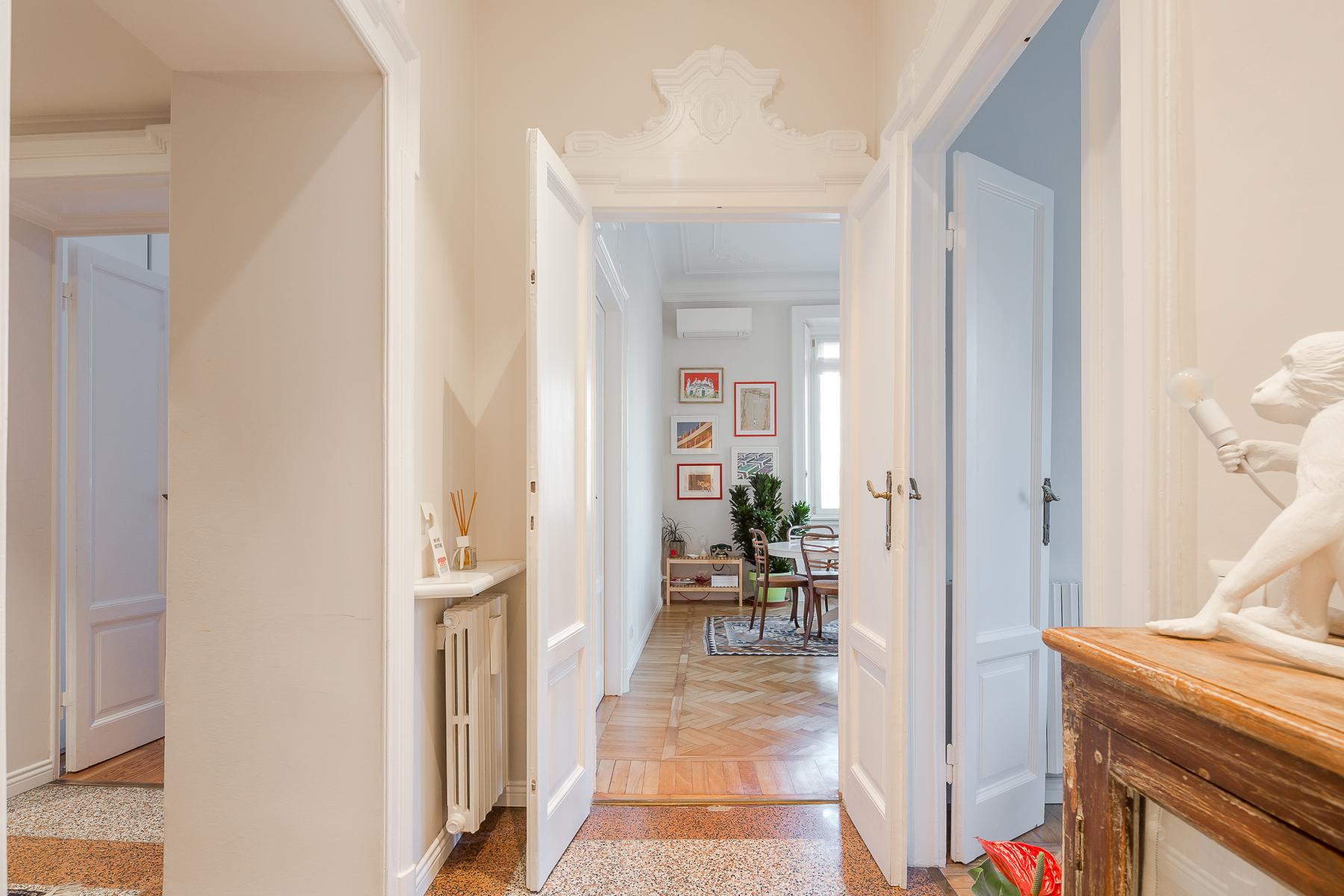 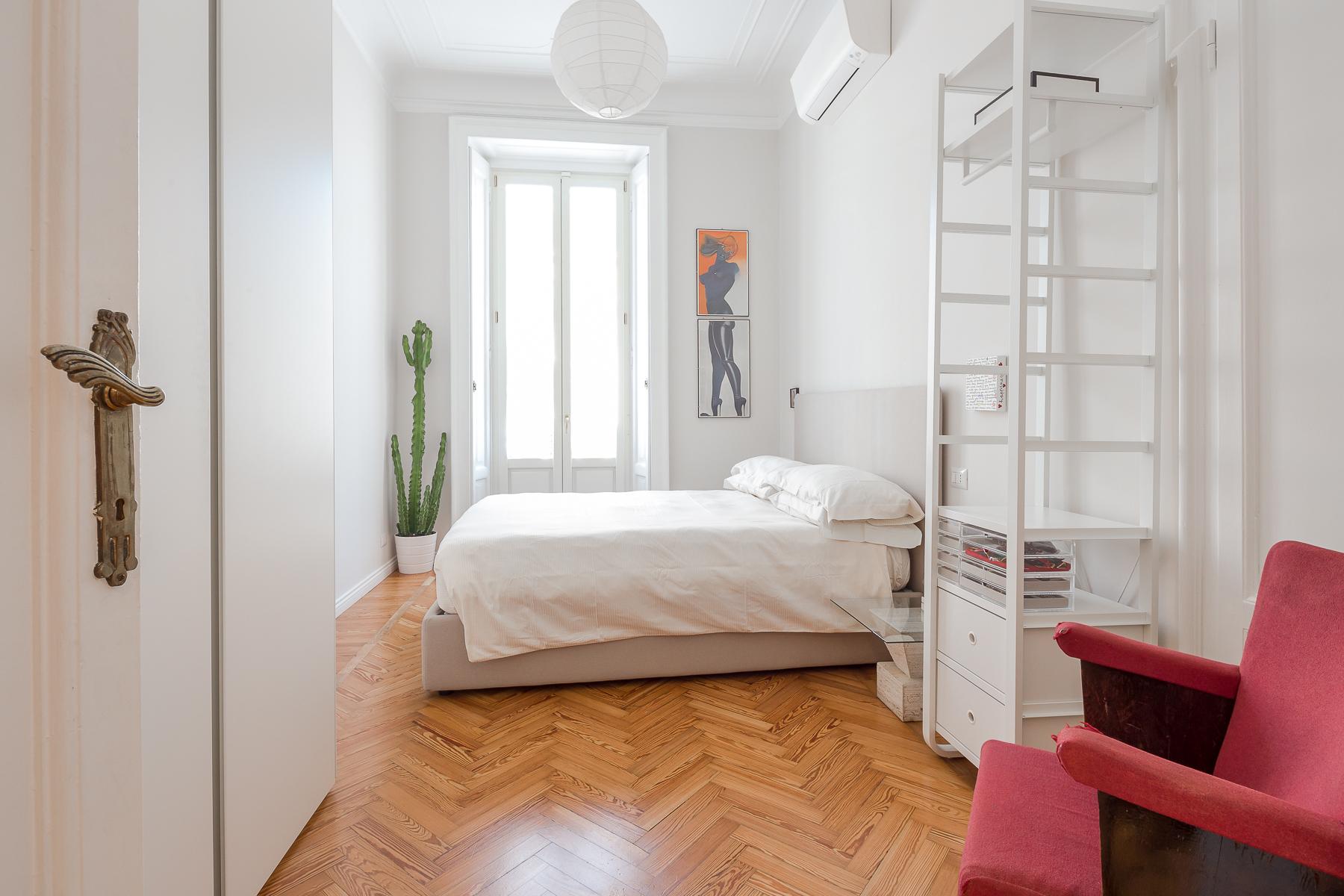 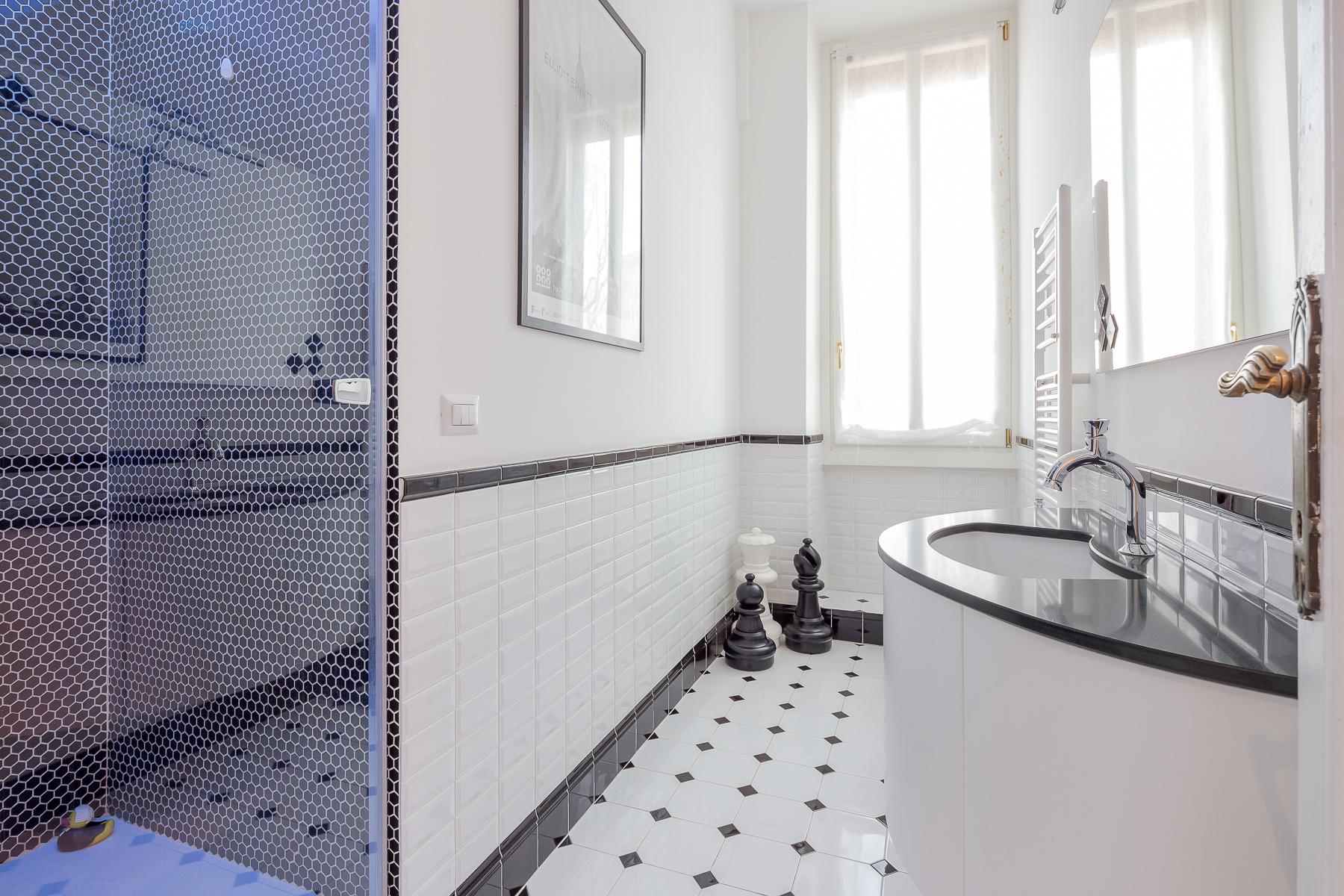 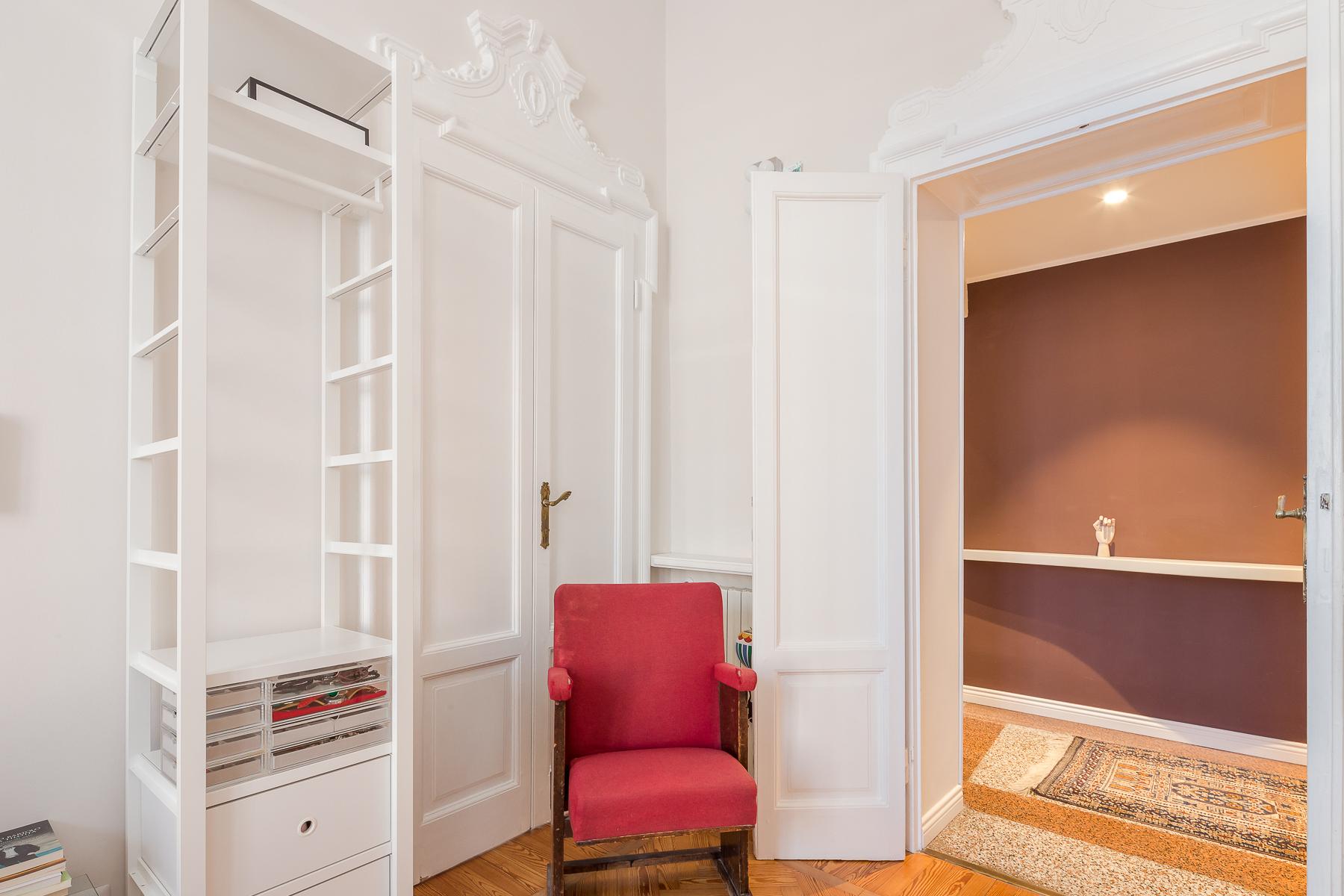 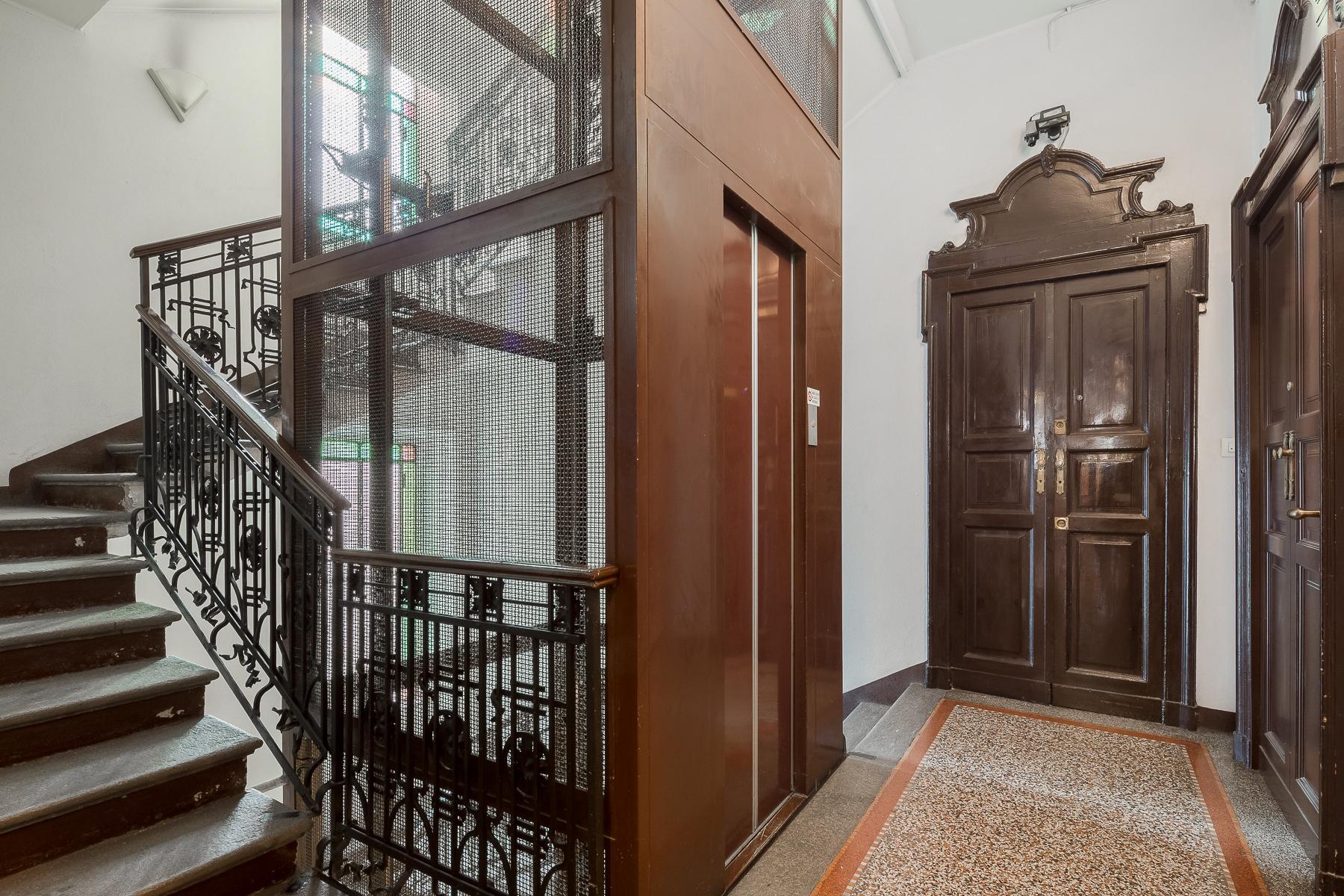 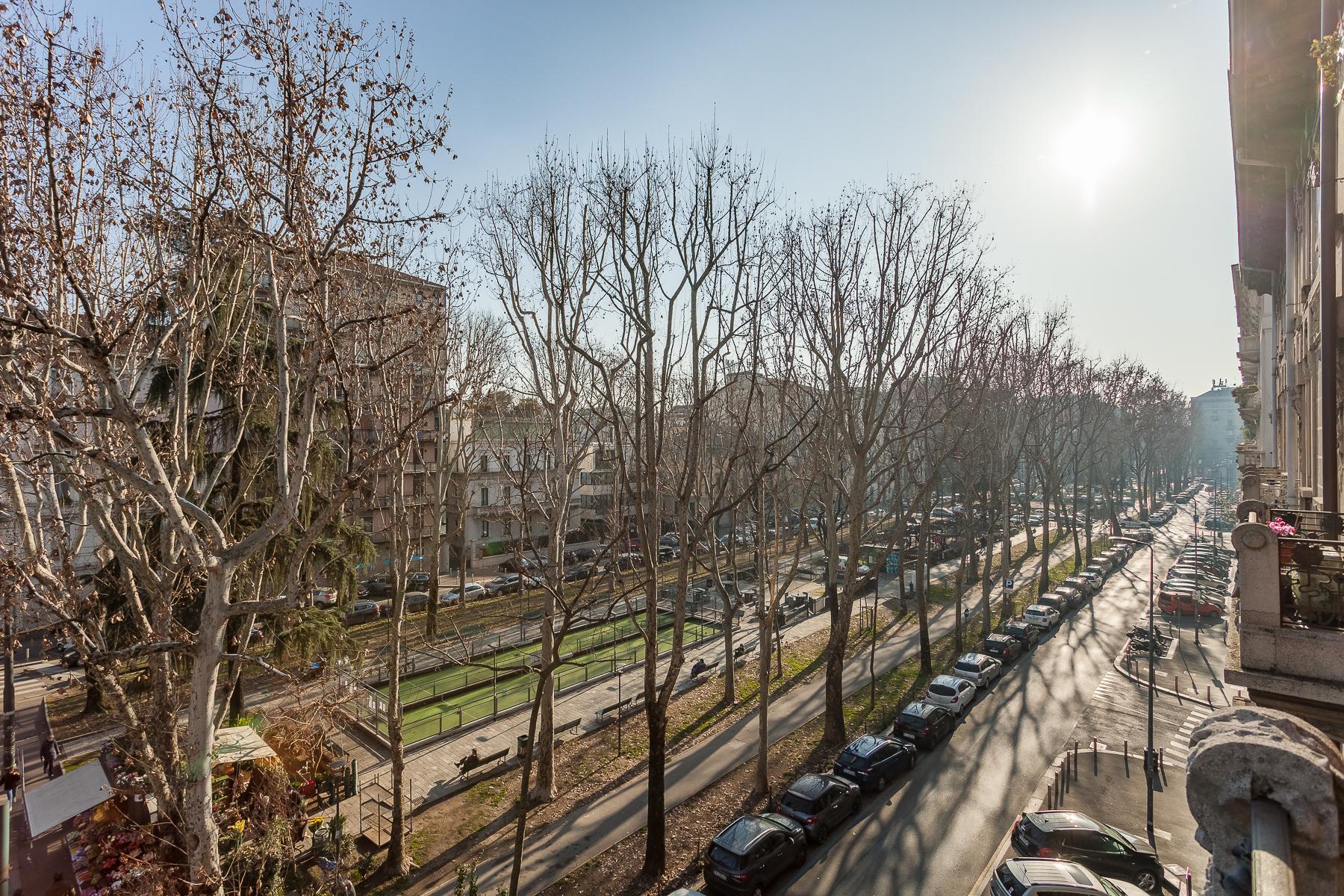 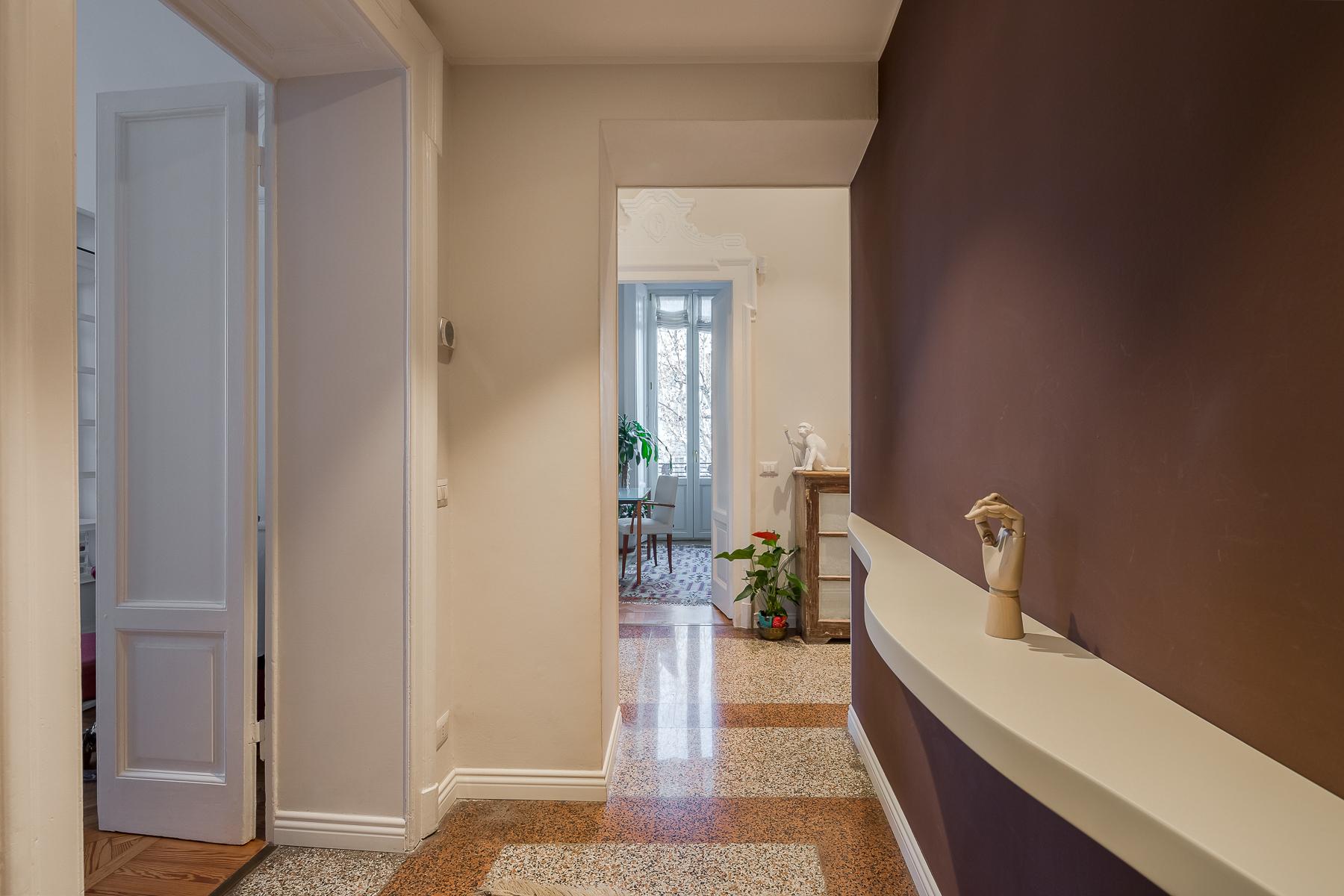 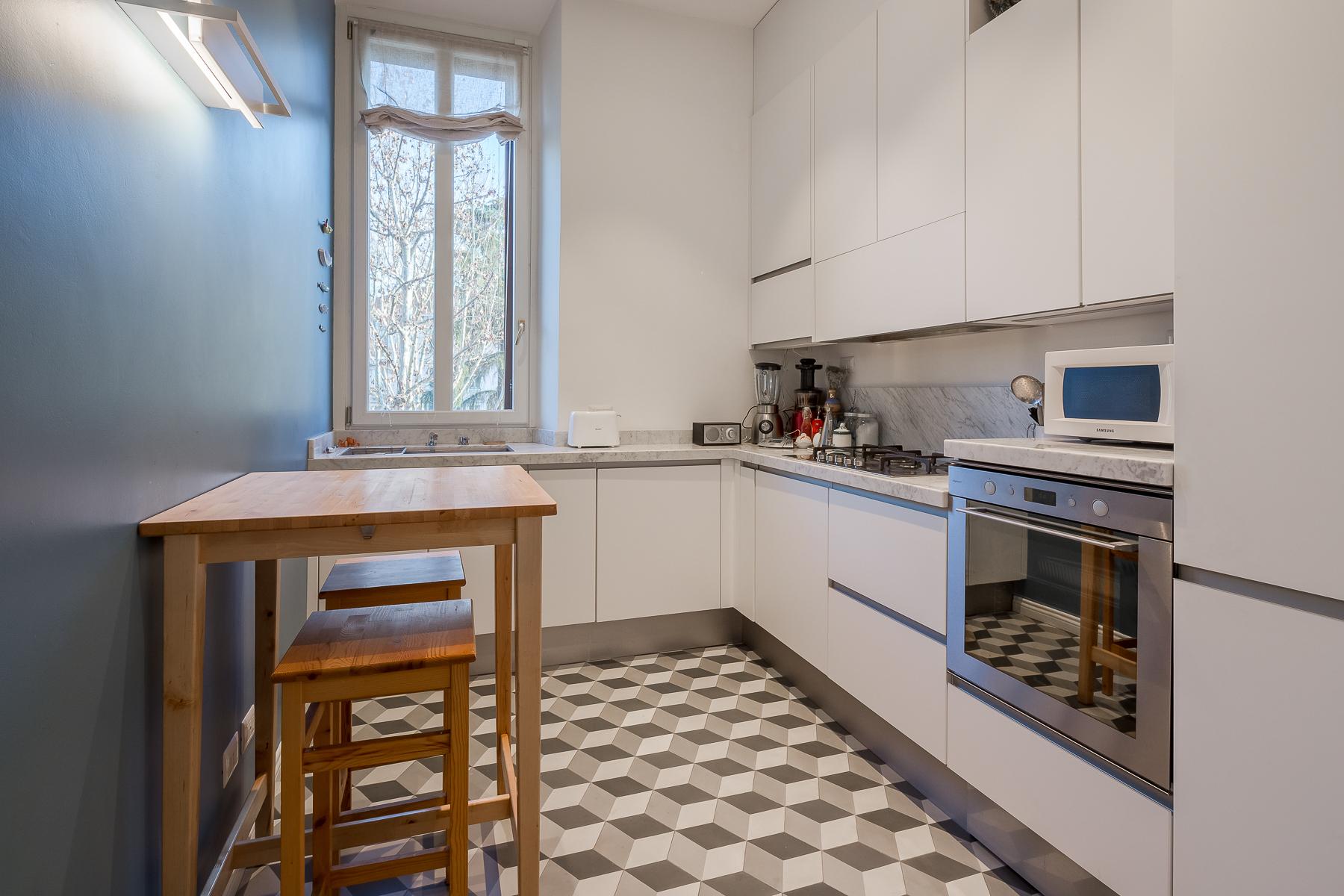 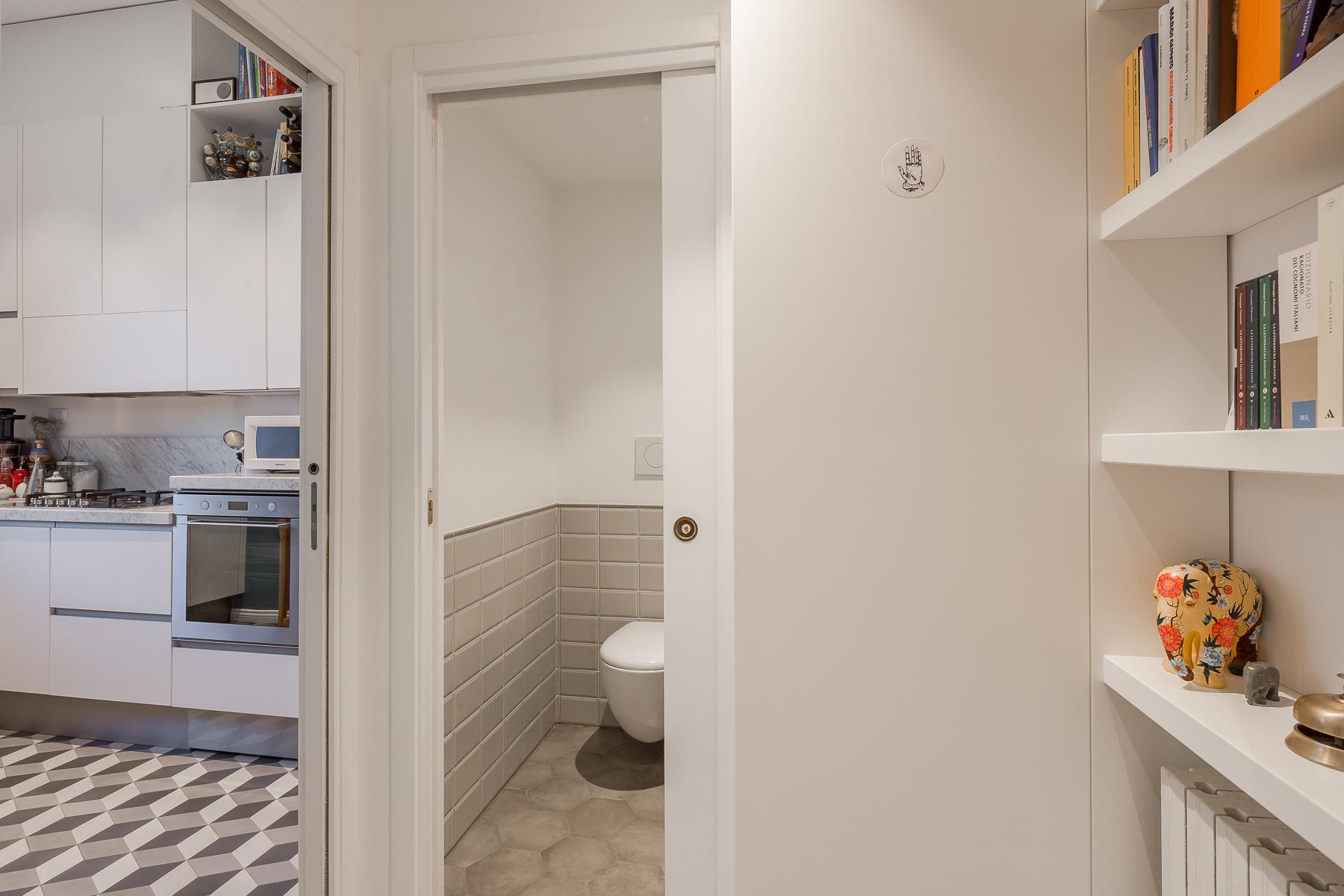 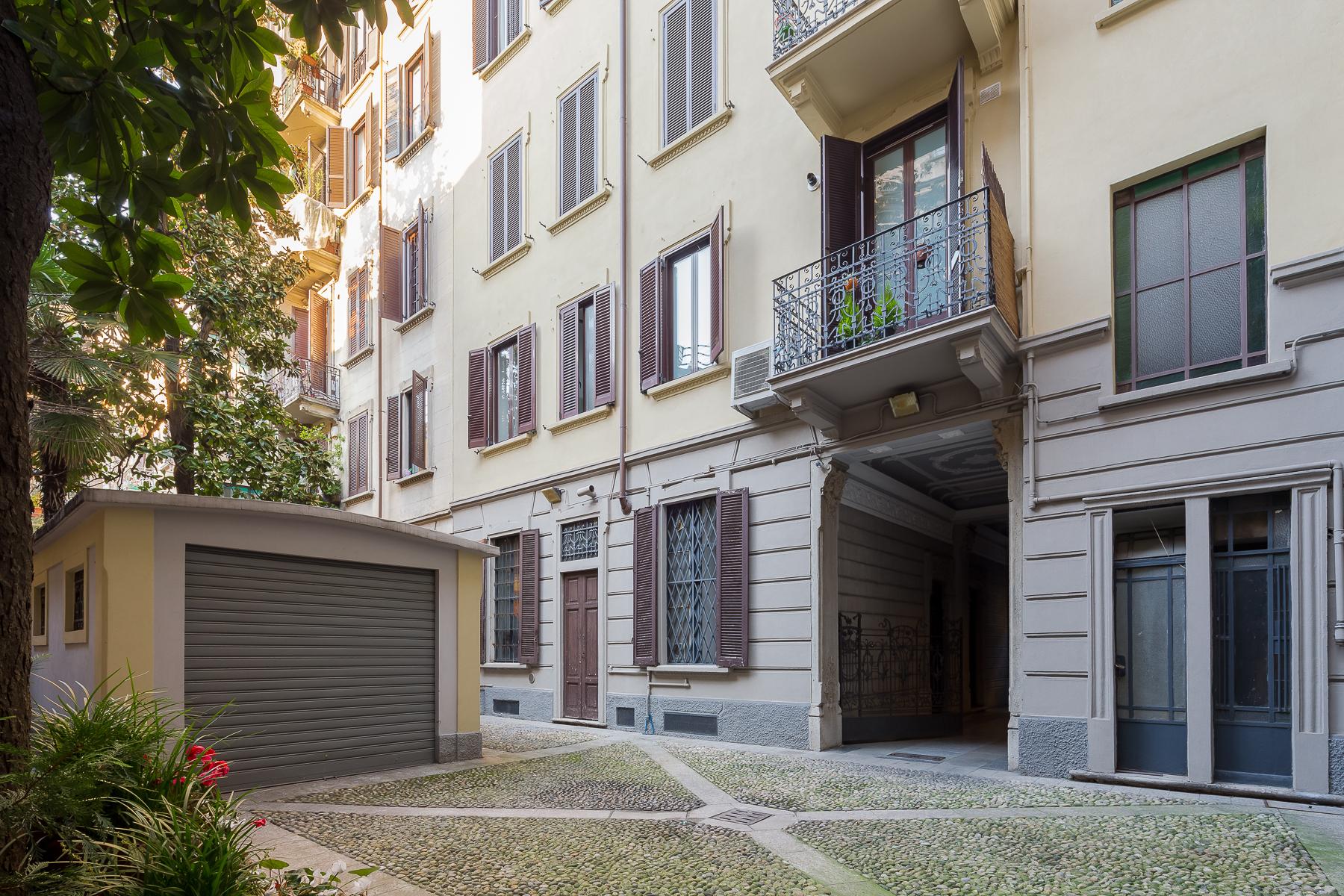 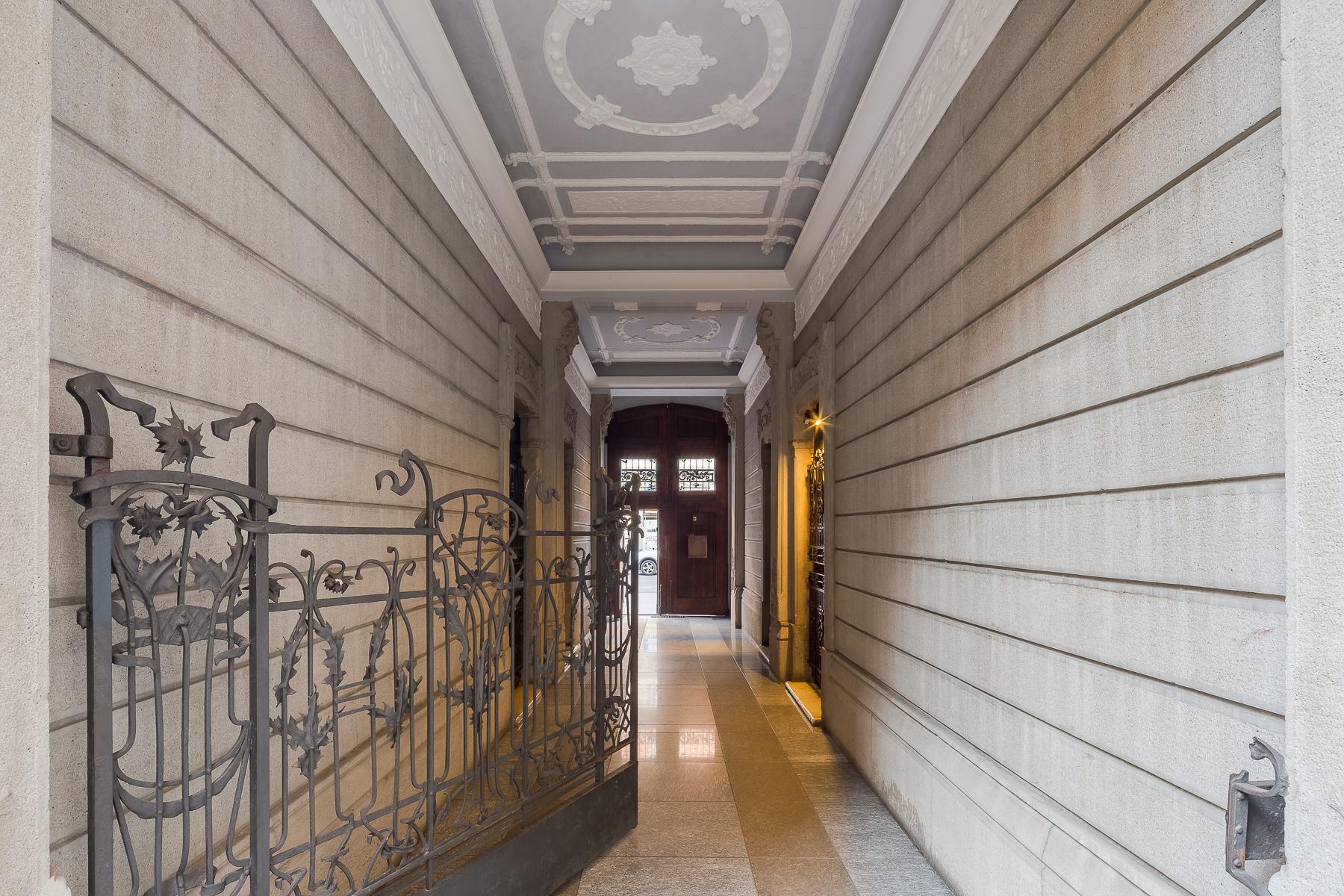 In a building of 1908, whose facade is subject to the protection of cultural heritage (Casa Maltagliati, Arch. L. Ferrari), there is a bright apartment facing north on Via Plinio and east on Via Morgagni. Completely renovated in 2016, the apartment consists of 3 rooms: 2 bedrooms and a corner living room with double exposure, as well as a kitchen and two bathrooms. All rooms are air conditioning and the ceilings have a height of 3.30 m; fixtures, windows and shutters were replaced in 2017 (wood inside and heat reflective aluminum outside and double glazing with inner tube were installed). On the doors, however, a conservative restoration was carried out, as well as for the friezes on the interiors and vaults. The corridor and the bedroom have large and full-height fitted wardrobes, as well as two high-level closets. The kitchen has a Carrara marble countertop, while the bathroom has a chromotherapy shower. Finally, this apartment is equipped with independent heating with the possibility of remote control from the smartphone ,as well as a perimeter and volumetric alarm system.